The uranium market is on tenterhooks as US president Donald Trump decides whether to impose tariffs or import quotas on the nuclear fuel.

After a petition by two domestic miners, Washington’s Department of Commerce launched an investigation last year into the national security implications — both from a military and civilian perspective — of buying so much uranium from overseas.

The US consumes about 49m lb a year of the radioactive material, which in its raw form is known as yellowcake, but produces less than 3m lb. 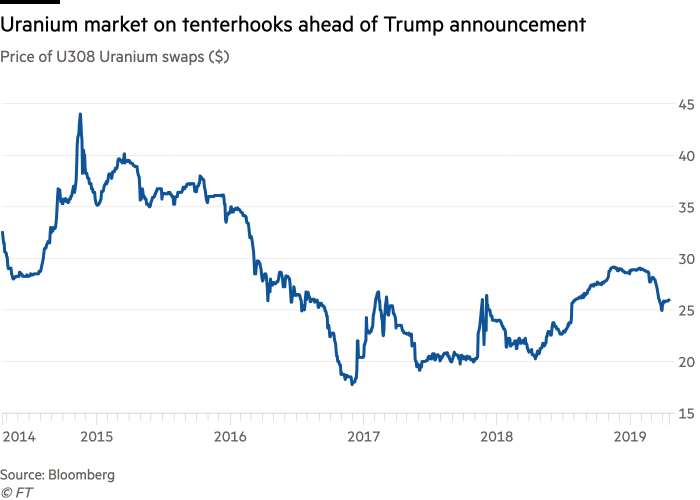 The commerce department has delivered its recommendations to the White House and Mr Trump now has 90 days to make a decision on what measures, if any, to take. The petition demands nuclear power companies source 25 per cent of their uranium domestically, something that would require much higher prices to encourage miners to increase production.

As they await the president’s verdict, utility companies have backed away from the market. That has put pressure on the price of uranium, which slipped to $25 a pound in March.

The price has since recovered a little, boosted by a London-listed investment vehicle named Yellow Cake, which announced plans to acquire 1.2m lb of uranium for $30m from Kazakhstan-based Kazatomprom, the world’s largest producer. 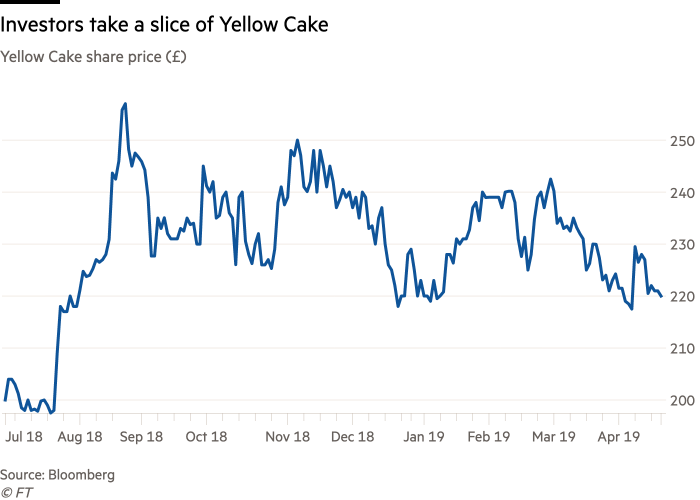 “The most positive outcome for the global uranium industry would be for president Trump to leave the market unchanged,” analysts at Berenberg said. “It will unlock buying activity from US utilities, which have been relatively inactive in recent months.”

A more likely result is that the White House waives quotas on uranium sourced from “friendly jurisdictions” such as Canada and Australia but imposes them on supplies from countries including Kazakhstan, Russia and Uzbekistan.

“This outcome would require a bit of a shuffle of the global supply chain, but would not create a shift in the supply-demand balance,” the Berenberg analysts said. 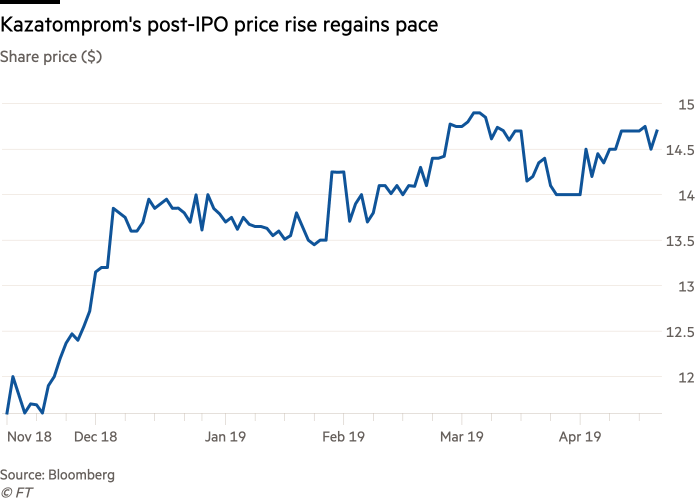